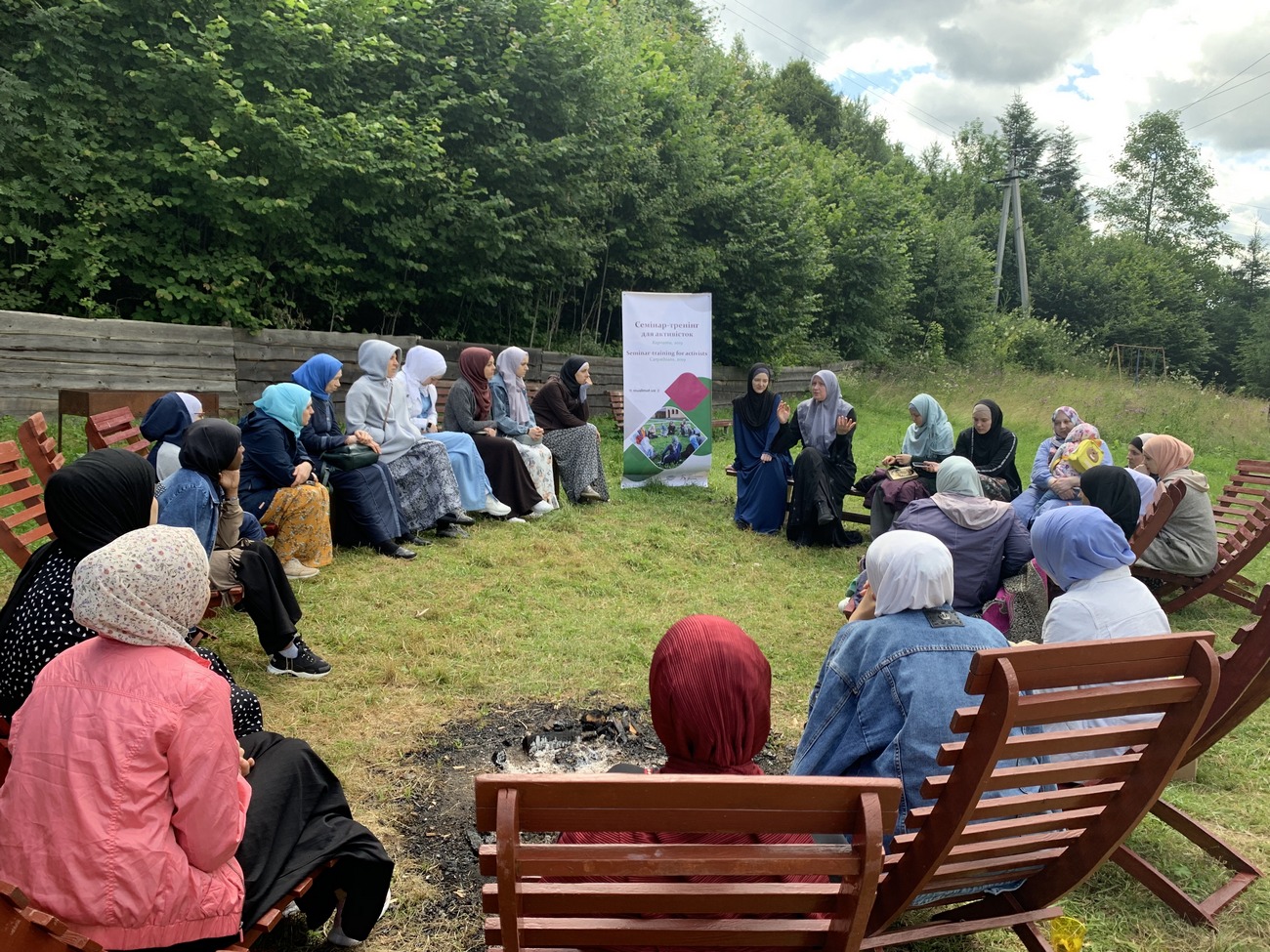 30 female activists of All-Ulkrainian Muslimahs League, coming from Kyiv, Lviv, Vinnytsia, Dnipro, Zaporizhzhia, Kharkiv and Sumy, participated in educational recreational camp that the Association held in Slavske on 8-13 July. That wasn’t just a mere chance to get away from it all and leave everyday duties behind, but also an opportunity to gain more knowledge they could make use of both in this life and in the Hereafter. There was a novelty adopted from this year’s children’s camps, namely evening campfire stories.

The agenda was well thought-out to cover both the physical and spiritual recreation: there was a time for prayers and individual worship, time for morning jogging, and a balanced diet. After recharging, both physically and spiritually, in the morning, the participants began their day of study.

During the very first Qur’an lessons, the women were given a clear and achievable goal: they had to memorize the 56th Sura, The Inevitable, and present their results during a closing recitation contest. Of course, the best reciters were awarded.

During trainings, they spoke about the emotional burnout, establishing connections with different types of personalities, student-teacher ethics, general communication ethics, sisterhood in Islam and morals of everyday deeds. They recalled respective examples from the life of Prophet Muhammad, peace and blessings be upon him. The participants also learned how to perform the last favour one Muslimah can do for her sister in faith: washing and shrouding the body for the funeral.

Of course, the programme also included sport games outside and excursions. They visited Shypit waterfalls, Synevir lake and a ropeway to Gemba mountain.

One of the participants, Ms.Ruslana Martsinyshyna, shared that mountain jeeping was her personal favourite:

— We didn’t use the road that made a huge detour, but we just made our way straight ahead, with both any type of road and even some plane stretches of land unavailable. Riding across all those rocks and ditches was a pretty scary thing to do, so we tried not to look down, but God, how beautiful it was around us! You can’t see that from a bus traveling on a regular road.

When asked what she liked the most about this year’s camp, she replied:

— A chance to be among intimates of sisters in faith, with whom you have shared values and desire to grow and develop and learn something new.