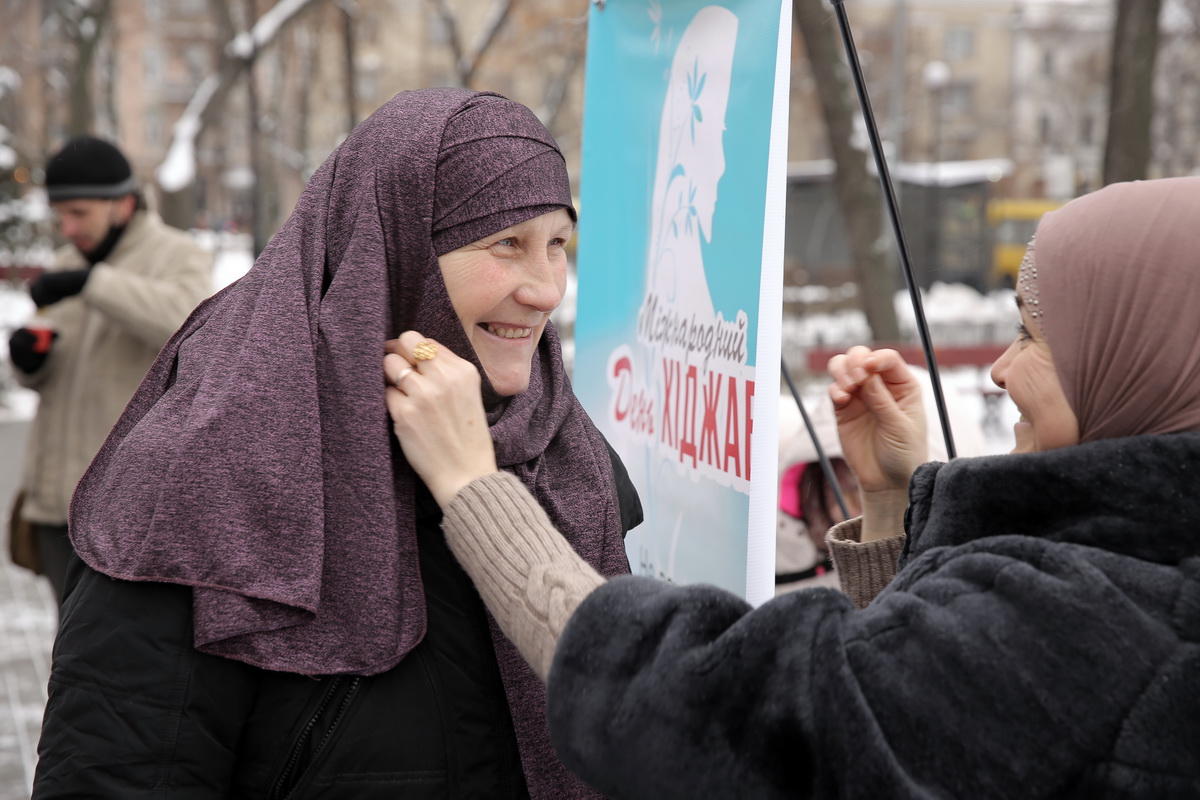 Activists of Ukrainian Muslimahs’ League (UML) held an event in the heart of Kyiv on the occasion of World Hijab Day. Nazma Khan, an American Bengali, founded the event several years ago. Since then, millions of women around the world celebrate this day every year.

“First of all, we have launched this initiative to show the people that it is Muslim woman’s personal preference of wearing a headscarf,” says Olena Myronenko, one of the event launchers. 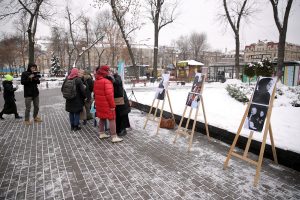 In addition to the exhibition, the activists held a workshop on tying the scarf on the head. They offered the passers―-by to try on a hijab and take a photo in a new look. Olena Myronenko said the idea was women who decided to try on the hijab could feel like Muslims at least for a while. And despite the frosty weather there were a lot of those wanted to see how they looked like in hijab.

“It’s sensible and pleasant,” admits Maryna, one of participants in out of the box event held by Muslimahs. — But it’s more than that. I have always wondered how Muslim women tied the headscarf so beautifully. And now I know that there are some secrets. Besides, covering hair is correct both according Muslims and Christianity beliefs. 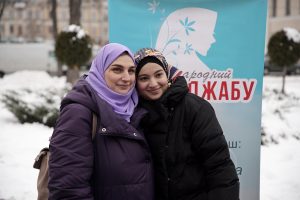 Another event participant, Olha, has put on a hijab for the first time. She smiles while setting the headscarf:

“I really like it,” the girl says, looking at herself in the mirror. “Firstly, it is very comfortable, and secondly, it is warm, my ears are fine. I would even go around outside like that. I think hijab is also comfortable in summer.

These and similar reviews prevailed among women who took part in the event held by Ukrainian Muslimahs’ League. In activists’ opinion it only went to show that such events were urgently needed: 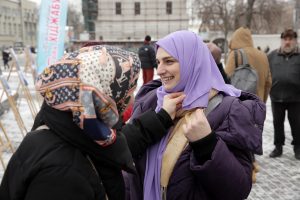 “This gives us an opportunity to break certain stereotypes about Muslim women,” says Suzanna Islyamova, UML activist. “In addition, we once again emphasized that the hijab is primarily of spiritual significance. This is not just part of Muslim woman’s’ appearance.

Let us recall, that in the next two weeks, Ukrainian Muslimahs’ League are to hold Hijab Days in several other cities of Ukraine.